Updated 16/03/18 - Added "Copy All To Clipboard" feature and fixed a bug on the Mac version for High Sierra.

UNCLE is a small application written to give users a simple way to decode CDP (Cisco Discovery Protocol) and LLDP (Link Layer Discovery Protocol) packets. This is not normally possible as CDP packets are a broadcast and not visible to native application. UNCLE pulls the information from these packets and presents it to the user in an easily readable format, which can be copied and or saved. 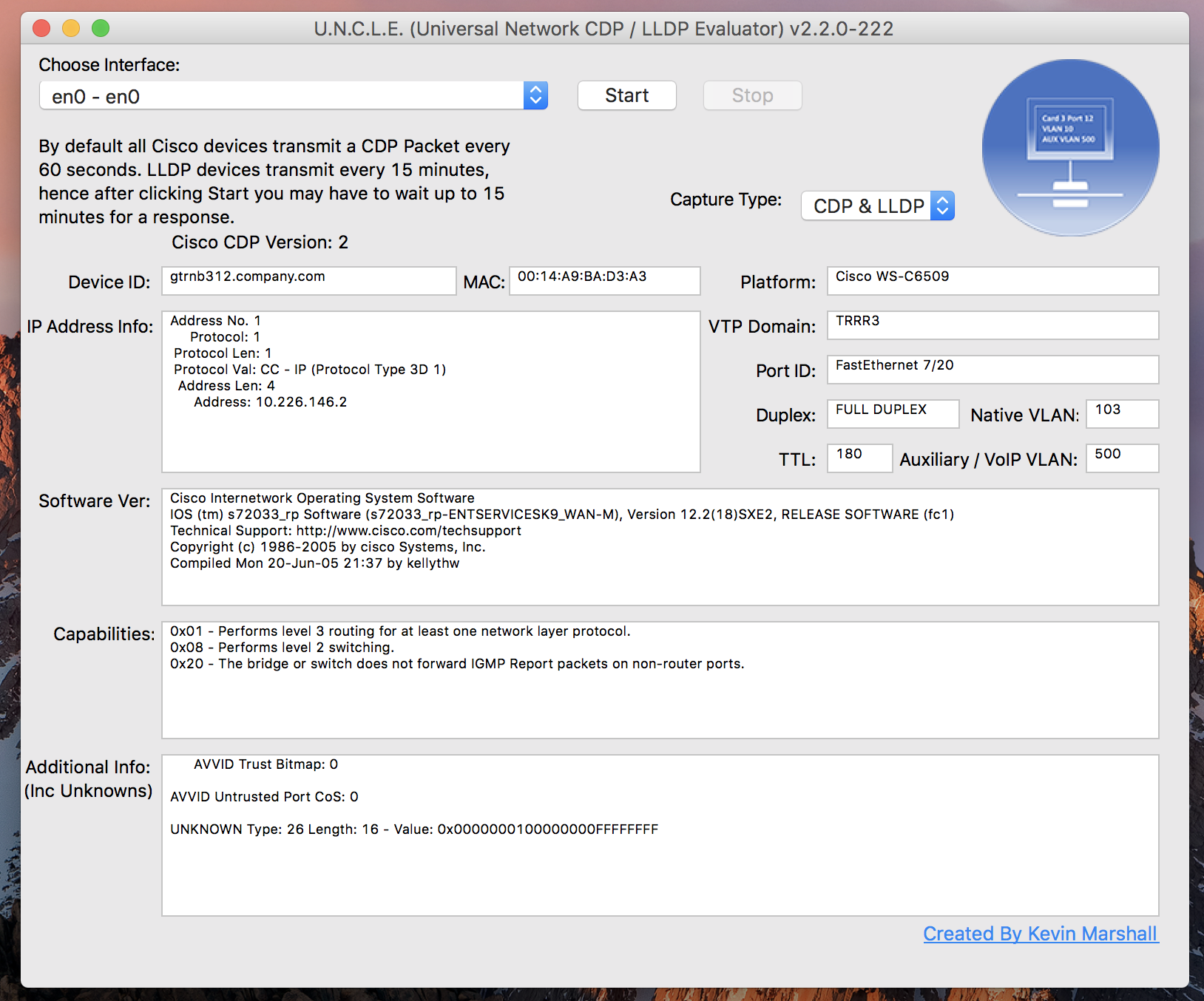 Originally called WinCDP and written in Visual Basic back in 2006, it was getting a bit difficult to support. It would run under Windows 8 but it was very difficult to get the ActiveXfiles registered, and when it would run it kept crashing. So in 2016, a whole 9 years after its birth, I decided to re-write it from the ground up in Java. Writing it in Java also meant it could be made cross platform, UNCLE v2.x currently supports Windows, macOS and Linux. I have embedded a 32Bit JRE in the Windows version to allow it to work on 64bit systems without a native 32bit JRE. This is located in the “jre” folder and can be updated if you wish.

CDP/LLDP packets contain lots of useful information about the device you are connected to which can be used by engineers to assist with the resolution of problems. It can also be used to quickly and easily identify a Cisco Catalyst Switch and /or network port this can be useful in lots of ways. Like when the floor sockets aren’t labelled up, or you have a patch cord and haven’t time to trace it under the floors and thru the patching panels etc.

E.g. On average it would take an experienced Data Engineer over 15 minutes (on a good day) to find the Switch name, MAC Address, IP Address, Card / Port Number and Native and Auxiliary VLAN’s, Software Version, Duplex etc, but with UNCLE it takes less than 60 seconds an no need for switch knowledge or cli access.